We are a varied group of people, all of whom delight in singing together. You can read some more information below about many of the Singers below.

After singing alto in Marchington Singers for some years, Wendy was persuaded to take up the baton in 2003 and enjoys introducing new and original pieces to the choir.  She firmly believes that a challenge is good for us! Music has been a major factor in her life since the age of six, when battling infantile arthritis led to an attempt to play the piano in order to keep the hands and fingers agile.  It worked! And one of the best outcomes was a love of all types and genres of music.  She feels immensely privileged to be the conductor of such a great (and getting greater!) bunch of lovely people.

Our Accompanist: Rhoda Castle
Rhoda has been with the choir since 1987, first as a singer and then as accompanist. She studied music at Nottingham University and the Royal College of Music, but her career

later took a different course and music became a spare time activity. Accompanying the Marchington Singers has been a welcome change from a busy working life in higher education, and has ensured that she continues to find time for music. In addition to her interest in the piano and choral music Rhoda is keen on folk music and has been known to sing at the local folk club, accompanied by her son on the guitar.

I joined the Marchington Singers in 2004. I had been asked to join before but didn’t feel that I could make a full commitment due to family issues. In 2008, I was elected onto the committee and since then have served as a committee member, secretary and Vice Chairman. In 2017, I took over as Chairman.

When I was still teaching I used to look forward to Wednesday night as two hours of singing was a good way to relax and was a great stress buster.

I made my stage debut at the age of four singing “I’m a little teapot” and enjoyed choral singing throughout my teens, singing with school choral groups and arts and musical groups. I was fortunate to have a few singing lessons until my family moved house.

I sing second soprano, on a good day I can still hit the high notes but find this more difficult as I have got older. I learn the music by ear and use the John Fletcher learning aids to fix the tune and rhythm in my mind. I do a lot of learning whilst driving my car up and down the A38! I find that singing regularly has improved my ability to read music.

I look forward to Wednesday night, I enjoy the challenge of learning new music and performing in concerts. I have made many new friends and can assure anyone thinking of joining us that you will find a friendly sociable group who enjoy making music together. 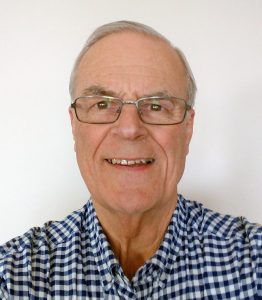 A founder member of the choir, Tim has sung in both the Tenor and Bass sections.  He has been on the Committee for most of those years – Chairman for six years and Treasurer since 2007.  He has also taken a leading role in organising the two annual concerts (July and December) for more years than he likes to remember! He also sings with a local men’s Barbershop group.  When not singing Tim keeps himself occupied with DIY projects and gardening.

Caroline moved to Marchington in 2013 after several years working as Head of Music in an International School in Abu Dhabi. She joined the Marchington Singers as soon as she found out they existed and has loved it ever since! Having spent years teaching music, leading choirs and directing school productions, she is really enjoying making music ‘for herself’ and being part of such a wonderful choir.  Caroline is now taking a break from teaching to renovate the family home, and has temporarily swapped her musical instruments for power tools…. Thank goodness for YouTube tutorials! 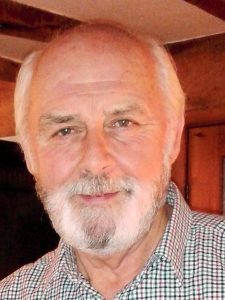 Paul has been singing in choirs for 25 years; Firstly 18 years in a Male Voice Choir in Lancashire, latterly being Chairman. He sang with a Mixed Voice Choir for 2 years before moving to Staffordshire 4 years ago. Paul couldn’t live without music in his life so within 3 weeks of moving to Uttoxeter he joined The Marchington Singers, which he is thoroughly enjoying.

His other interests are archery, tennis and a number of other sports now as a spectator though. 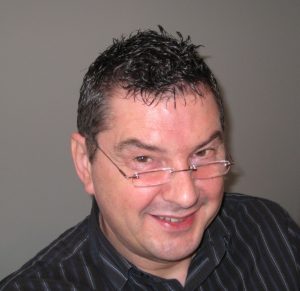 Hobbies and Interests: Cycling, swimming, entertaining, helping others learn, juggling, family and watching (nowadays) good rugby union especially when its being played by the welsh team
“ I enjoy singing in harmony in a singing community. For me, the Singers help to satisfy a primal need to sing with others.“

Singers’ Profiles: Members of the Month!

“I enjoy singing the wide variety of music and the friendships that come with being a member of The Marchington Singers.”

A candlelit evening of Christmas music ancient and… read more...

Summer Concert 2019; Trial by Jury and other Edwardian Music

We Will Remember; Remembrance Concert 2018

An evening of songs and poems to commemorate… read more...

Home | About Us
Join Us | Book Us
News | Contact